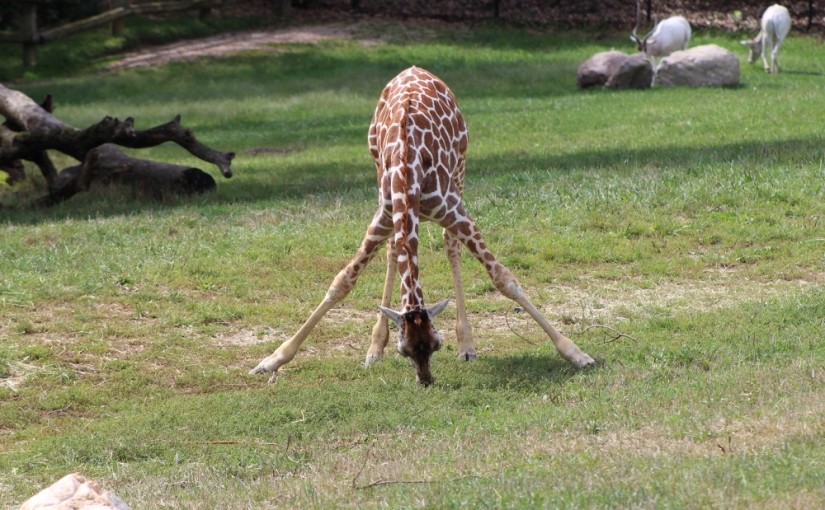 I am grateful, Father, to be in Your family!


14 For as many as are led by the Spirit of God, they are the sons of God.

15 For ye have not received the spirit of bondage again to fear; but ye have received the Spirit of adoption, whereby we cry, Abba, Father.

16 The Spirit itself* beareth witness with our spirit, that we are the children of God:

* Short side trip: Greek αὐτὸ is the third-person pronoun (he, she, it) determined by context. I believe the Holy Spirit is a person, an essential part of the Person of God (Deuteronomy 6:4), even as our spirit is an essential part of our being. I don’t presume to fault the KJV translation too much; it is impossible for the mind of man to contain a full understanding of God any more than a child knows a parent fully. We may know the Spirit as He incrementally reveals Himself to us in our spirit when we become intentionally still enough to hear.

17 And if children, then heirs; heirs of God, and joint-heirs with Christ; if so be that we suffer with him, that we may be also glorified together.

18 For I reckon that the sufferings of this present time are not worthy to be compared with the glory which shall be revealed in us.

Me: When I went to investigate Romans 8:17 further, I began to meditate on all of Romans 8, and I found it to be a cache of endless treasure (and a few hard concepts).

ABBA: When you were raising children, did you find that they were usually able to comprehend the full depth of things that they asked questions about?

Me: No, they were able to recognize and ask about many things that were both mysterious to them and wonderful at the same time. Deeper understanding often required more intellectual background than they yet possessed. Really, more than I yet possess.

ABBA: How would you answer them?

Me: Some dads would say, “Ask your mother” but I have always been disposed to try to give some response. I wish I could say I generally gave a heart-centered answer, merely acknowledging that it was a complicated question. At a young age, they were usually trying to decide how to relate to the thing, not learn how it was designed. I wasn’t heart-centered enough myself in those days and would ususally give an answer they were unprepared to make use of. I suppose I am still prone to do that if anyone asks me something.

ABBA: Yes, most young children are trying to learn, whereas some adults are trying to control. I understand you want to be accurate. I made you that way. Still, you have to consider the questioner and their frame of reference. I sent My Son, in part, to communicate My love for you (John 3:16) in a way that was unmistakable.

Me: The heart message in verse fifteen is one that is at the very center of the good news of the Gospel – that in Jesus we are adopted into Your family and no longer under the fearful severity of the law (which we instinctively understand we have violated). Now, we are brought in by love (1 John 4:8).

ABBA: You understand that the law is satisfied because Jesus suffered the penalty due to you. Do you also understand that as heir you have all of My resources available to carry out our mission? Do you know, you inherited a part of My mission as well? (Matthew 28:16-20)

Look at Romans 5:5. “And hope maketh not ashamed; because the love of God is shed abroad in our hearts by the Holy Ghost which is given unto us.” Do you understand that this promise is that My very nature is being manifest in you?

Me: I am trying to understand. I hope that is what this series is accomplishing for me and for any who read it with a spirit of contemplation. I know these things intellectually. I can read them in the scriptures. It is the heart that is stubborn. Usually, I don’t even realize that it is being so obstinate or that I have some negative self-talk running in the background. I do know that I need to repent of those internal messages that run contrary to the promises You have made to us.

ABBA: Keep listening for My Spirit to guide you into all the Truth. Keep delving into the scripture while looking to Me for Guidance. Commit My promises to memory and the Spirit will bring them to remembrance when you need them.

Now, what do you consider a hard concept?

Me: As I read on in Romans 8, I got to wondering about the “predestination” concepts in verses 29-30 (and many other places). I decided to read a bunch of other’s take on those verses. I was surprised by what I found.

Me: I found a lot of people identifying as “Calvinists”, making all kinds of assertions about You and what this passage means. Some were mostly taking aim at “Armenians” whom they said were wrong to not put enough emphasis on it. Some seemed to be emphasizing Your loving nature, but perhaps only to some particular insiders of Your choosing. Others took what I would say are extreme views, claiming any foresight You have is equivalent to a final determination and that man has no free will and therefore no responsibility. Some claimed they were saved and others were irrevocably out because You had not chosen them. I found that the banner of Calvinist flies over all kinds of doctrinal positions. So much so, that I would say it is meaningless in a practical sense. I am sure I have not scratched the surface, nor that I want to.

Why do people feel the need to put You in some kind of box that they can circumnavigate? Don’t they even have a sense of Your limitless nature? Don’t they ever go outside at night and look up at some of what You have done? And how do some so handily ignore the Great Commission, or the fact expounded in Scripture that You are not willing that any should perish, while recognizing that some choose to reject. And that is another thing, some of these particular Calvinists used the fact that some reject You as “proof” that You did not choose them. If I know You at all, I know that is not true.

I believe you led me to these related scriptures:

2 Peter 3:9 The Lord is not slack concerning his promise, as some men count slackness; but is longsuffering to us-ward, not willing that any should perish, but that all should come to repentance

Romans 3 – Speaks of the inclusive will of God.

Ephesians 4: Grieve not the Holy Spirit. (Why give this instruction if, as I understand the extreme position of some, that the will of God is irresistible?)

Proverbs 14:12 – There is a way which seemeth right unto a man, but the end thereof are the ways of death. (This explains well enough to me why it is hard to get a persons to change their mind. Their way seems right to them. Convinced of it they are, yes. They don’t see the end because it is, well, at the end.)

ABBA: Of course I led you to these scriptures and you know your identity as My child. The philosophies of men do not and can not describe Me. I have repeatedly shown you that a few of those who emphasize My sovereignty do so in order to be dogmatic about something they think they know about Me – that they really have no choice. At least they recognize the universe is not all about them. But they miss this fact; the only one who can restrict Me is Me. You are made in My image in this regard. You can control what you do, too. To belabor the point, I can of My own will, let you act according to your own will. It should not be lost on you that true love between us is not possible under other circumstances.

Me: Thank you Father! I love you!

ABBA: You are welcome! I love you!

I live and work in a community where perhaps the majority of the population attends churches where the members would identify as Calvinists. Many have been schooled at Calvin College, or one of the many similar institutions. Please understand that I know something of the hearts of these people and I am in no wise intending to paint my friends and acquaintances with a broad brush because of the extreme views of the few internet denizens that I mentioned above. I know from conversations with friends that these local churches have active missionary programs. Why would they do that, if salvation was an irrevocably-settled issue through “predestination”? It was through one of these churches that I initially learned that I could have a direct and intimate conversation with God and expect to hear from Him in my spirit through His Spirit.

On the other hand, if any finds him or herself subscribing to the notion that we don’t really have a choice, please keep seeking. Consider this: Why would the scripture spend so much time telling us how to live in alignment with God’s plan, if we could not fail to do so?

Awestruck admirer of the Sovereign of the universe, from whom all rights and responsibilities of men derive. View all posts by Jon