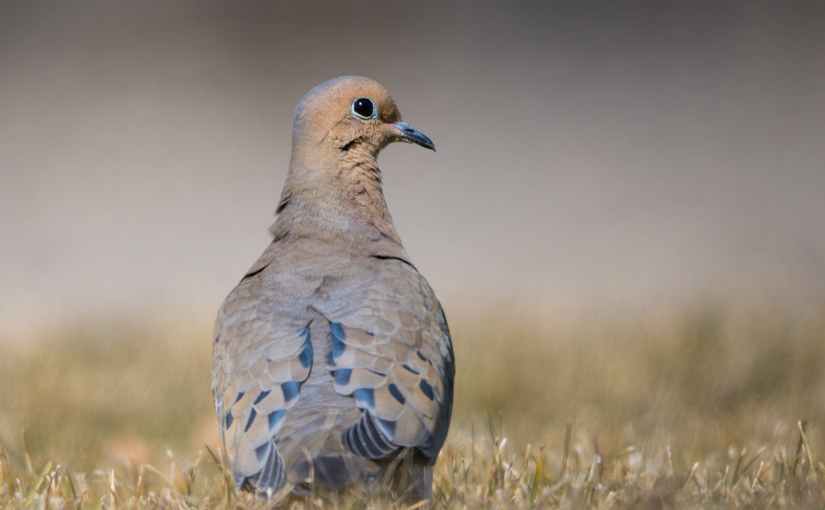 Near the two-lane’s center stripe, I saw him;
His lifelong mate, lifeless, lay nearby.
Staid stood he, at my coming;
Her recently-stilled breast faced the sky.
Still, save for feathers slightly ruffled;
By the breeze, enveloping a sigh.
His grim mourning filled the spirit realm;
Deeply felt, while carefully, I crept by.

His eyes, a window to bereavement;
Her color, mottled gray, except the chest,
Added cream, perhaps would best describe.
All with dismal loss, will sometime wrest.
The enemy comes not, but for killing;
Delighting if his appearing takes the best.
Late return, I found her mate still standing,
The evening would bring his heart no rest.

Went to town and back 24 hours later than yesterday.
Both going and coming home again, there was a lone dove
standing in the same location on the center line of the road.

Can I swear it is the same one? No. I saw others on the trip.
No others on that exact spot, though. The female is gone,
due to some scavenger, I suspect. There are many of those.